LOCATION:  via ZOOM and at the Cornwall Town Hall

The Town of Cornwall is inviting you to a scheduled Zoom meeting.

Topic: Proposed Draft of the Flood Resilience Section for the Cornwall Town Plan

Dial by your location

The Cornwall Planning Commission will hold a public information meeting at 7:00 P.M., Wednesday, October 27 via Zoom and at the Cornwall Town Hall.  Its purpose is to present and discuss the proposed draft amendment to the Town Plan focused on Flood Resilience for Cornwall. Vermont State Statute 24 VSA Chapter 117 § 4302 and § 4382 encourages and requires municipalities to include a Flood Resilience Plan in municipal development plans adopted after July 1, 2014. The intent of this project is to make Cornwall a more resilient community and to consider how to reduce potential impacts by flooding and storm-related erosion on future development in Cornwall.

The complete text of the proposed draft amendment is available at the Town Clerk’s office and on the Cornwall website, www.cornwallvt.com

The Planning Commission has been working on several amendments to the Town Plan  The first section we have drafted is focused on Flood Resilience for Cornwall. Vermont State Statutes 24 VSA Chapter 117 §4302 and §4382 encourage and require municipalities to include a Flood Resilience Plan in municipal development plans adopted after July 1, 2014. Our intent with this project is to make Cornwall a more resilient community and to consider how future development might be impacted by flooding and storm-related erosion. We have written it to conform with the state statute  . This memo highlights key elements of the draft language, but we encourage you to read and consider the entire document.

A brief overview and history of the three watersheds in town, as they relate to flooding and erosion hazards

A Review of Existing Standards in Cornwall

Cornwall has already completed a number of these, and they count towards being a more flood resilient community and qualifying for additional disaster relief should it be required.

This is an umbrella program in which tiered levels of actions allow the town a larger amount of state and federal funding in the event of a federally declared disaster.

Cornwall has participated since 1985. Currently there is only one structure in the FEMA-defined Special Flood Hazard Area.

An annually reviewed plan for a continuity of government structure for the town and lists resources available for emergencies.

This plan, currently expired, is a community produced document which reviews and identifies hazards which might affect Cornwall and prioritizes next steps. It will be updated over the next year.

This section discusses and reviews the state-defined River Corridors for waterways in the town. Buffer zones and setbacks for future development are recommended.

Discusses the results of the research and considers the next steps for our community.

Introduction
The waterways of Cornwall are associated with three watersheds: the Otter Creek
Watershed and the Upper and Lower Lemon Fair River Watersheds. These waterways
eventually flow and merge downstream through a number of other towns before they
reach Lake Champlain. In Cornwall, during the course of each year, there are typically
some seasonal inundation flooding events around the Cornwall Swamp (including
across Swamp Road), and the Lemon Fair River valley. In the past, there have been a
few-high water events that have caused erosion hazards such as washouts of culverts,
for example, the erosion of a portion of Clark Road in 2012.

While flood and fluvial erosion damage have been limited, the waterways, swamp, and
some of Cornwall’s public infrastructure perform an important job for both Cornwall and
other towns downstream. During high water events, the Cornwall Swamp, as well as
other associated wetlands, can absorb a great deal of water that limits the amount of
water flowing further downstream. Further preservation of land adjacent to streams,
wetlands and upland forests provides additional protection to this important resource
(Cornwall Swamp). The Town of Cornwall exists within a broader watershed and
waterway system that extends beyond its municipal boundaries. Because of this,
neighboring towns should consider working together to encourage wetland and
associated buffer protection.

Flood damage has become more common and more costly throughout Vermont.
Achieving flood readiness through safer placement of new development and public
infrastructure, protecting the functions of the watersheds that protect us, adapting our
critical infrastructure and preparing for emergencies can avoid and/or reduce flood
damage and costs associated with it.

Vermont State Statute 24 VSA Chapter 117 §4302 and §4382 encourage and require
municipalities to include a flood resilience plan in municipal development plans adopted
after July 1, 2014. Specifically, 17 V.S.A. § 4382 requires towns to identify and avoid
development in flood hazard, fluvial erosion, and river corridor protection areas. If new
development is to be considered in such areas, it should not increase the possibility of
flooding and fluvial erosion. The statutes encourage the protection and restoration of
floodplains and upland forested areas that attenuate and moderate flooding and fluvial
erosion. The development and implementation of flood emergency preparedness and
response planning are critical for mitigating potential flood related risks to public safety,
critical infrastructure, historic structures, and municipal investments.

The Federal Emergency Management Agency created maps in 1985 that identify areas
of concern for inundation flooding. Recently the Federal Emergency Management
Agency, in conjunction with the United States Geological Survey, has begun the
process of updating these maps. The Town of Cornwall has accepted these maps as
the basis for the Special Flood Hazard Area within its municipal boundaries.

Emergency Relief and Assistance Fund
In the event of a federally declared disaster, the Town of Cornwall can make a claim for
funds to assist in post-disaster relief. The Emergency Relief and Assistance Fund
(ERAF) provides state funding to match federal public assistance after such disasters.
Cornwall’s eligible public costs are reimbursed by federal taxpayers at a rate of 75%.
For disasters after October 23, 2014, Vermont will contribute an additional 7.5% toward
reimbursing the Town’s costs for a combined total of 82.5% reimbursement. For
communities that take specific steps to reduce flood damage, Vermont will contribute
either a total of 12.5% or 17.5% of the total cost.

Flood Resilience Checklist for Vermont Communities
At this time (2021), Cornwall qualifies for the base rate of 7.5% state reimbursement
through the Emergency Relief and Assistance Fund. Cornwall participates in the
National Flood Insurance Program, complies with Vermont Road and Bridge Standards,
and has an annually updated Local Emergency Management Plan. The Town currently
is reviewing and updating its recently expired Local Hazard Mitigation Plan.

Cornwall River Corridor protection regulations currently are not in place but will be
considered as part of the Town of Cornwall’s ongoing review and update of its land use
and development regulations. Although the state’s definition for small streams includes
all streams with drainage areas of two square miles or less, the Emergency Relief
Assistance Fund criteria for river corridor and small stream protection only require 50-
foot setbacks from small streams with drainage areas of less than two square miles, but
greater than a half square mile, to be eligible for Level 2 funding (the maximum –
92.5%). Figure XX, entitled Cornwall Flood Resilience, consists of a map that
delineates both the Vermont Agency of Natural Resources River Corridors and Small
Steam Buffer Areas (0.5 – 2.0 mi2 drainage areas).

The Town of Cornwall’s Hazard Mitigation Planning Committee conducted a risk
assessment and assessed, among other hazards, risks associated with Flash Flood,
Landslide/Erosion, Dam Failure, and Inundation Flooding. Results indicated that the
community vulnerability rating for a Flash Flood is 3 out of 4 (with a rating of 1 being the
least vulnerable and 4 being the most vulnerable) and would be considered High
Priority. The Town’s primary vulnerability currently lies on State Highways 74 and 125
where periodic flooding has threatened to wash out these primary connectors in Town.
Fortunately, both eastern and western Cornwall are dominated by the large floodplains
of the Lemon Fair and Otter Creek making them not particularly susceptible to flash
flooding. The community vulnerability ratings for Landslide/Erosion, Dam Failure, and
Inundation Flooding are 1 out of 4 and would be considered Low Priority.

In Spring, 2017 the Town of Cornwall received a grant from the VTrans Better Roads
Program to conduct a culvert and road erosion inventory, prioritize identified projects
and develop a Town Highway Capital Improvement Plan to implement the projects over
a period of five years. Since Cornwall’s Capital Improvement Plan was adopted, it has
served as a guidepost for a variety of town infrastructure improvement projects focusing
on drainage and culverts.

River Corridor Protection Regulations & Special Flood Hazard Area
According to the Vermont Agency of Natural Resources (Flood Ready website), river
corridors encompass the area of land surrounding a river that provides for the
meandering, floodplain, and riparian functions necessary to restore and maintain the
naturally stable or least erosive form of a river thereby minimizing erosion hazards over
time. River corridors are mapped using calculations that rely on in-field and map-based
measurements. Lands within and immediately abutting a river corridor are at higher risk
to fluvial erosion. The Agency of Natural Resources advises that measures, such as
stream armoring and berming, used to protect development within these corridors often
lead to increases in erosion upstream and downstream and adversely affect public
safety, riparian landowners, and river ecosystems. Giving river courses room to move is
critical in maintaining equilibrium and avoiding the dangers of flood erosion to property
and lives.

In Vermont, most flood-related damage occurs outside the Special Flood Hazard Areas.
The Special Flood Hazard Areas are delineated based on the 1985 work of the Federal
Emergency Management Agency for the National Flood Insurance Program. The
Special Flood Hazard Areas are the areas where the National Flood Insurance Program
floodplain management regulations must be enforced and the area where the
mandatory purchase of flood insurance applies. This is also commonly referred to as
the base flood or “100-year flood” area. Much of the damage that does occur is due to
the erosive power of water causing damage to critical public infrastructure such as
roads and stream-crossings. Homes, businesses, and community buildings have also
been damaged by flooding-related erosion. The Agency of Natural Resources advises
that where stream meanders are confined by human activity, streams lose their
equilibrium and become steepened, straighter, and more powerful. The more powerful
the flooding streams are the higher the risk for damage from them.

In Cornwall, approximately 724 acres are contained within the State-created river
corridors, including the waterways and the land around the Otter Creek, Lemon Fair,
and Beaver Brook. This represents about 4% of the area of the Town. There are
currently two buildings within those boundaries along these waterways. The river
corridors along the Otter Creek and the Lemon Fair River fall within the current
Conservation District. At present, the Beaver Brook falls entirely within the Low-Density
Residential neighborhood. Throughout Cornwall, all non-exempt structures, as defined
by current zoning regulations, are required to meet regulatory setback requirements for
the Lemon Fair River as well as year-round and seasonal streams and brooks. The
Conservation District requirements and waterway setbacks associated with current
zoning regulations limit development along these waterways, but the regulations do not
prohibit all development in the river corridor areas. If the Town of Cornwall were to do
so, it would be eligible for increased funding in the event of a federally declared
disaster. It may be beneficial to consider a more uniform approach, both for simplicity
and for making a more flood resilient community.

The Cornwall Select Board and Planning Commission are in the process of reviewing
and updating its land use and development regulations partly in an effort to reduce the
risk of flood damage to the Town of Cornwall. The purpose would be to regulate river
corridor protection in order to promote public health, safety, and general welfare;
prevent increases in flooding caused by the uncontrolled development of lands in areas
at risk of flood damage; minimize losses due to floods; and qualify for the highest level
of flood related aid from state and federal sources. 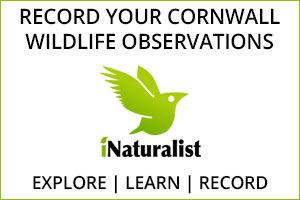